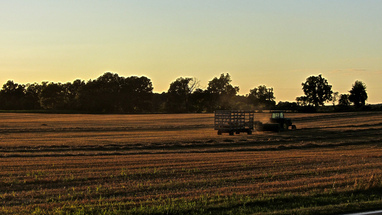 The human impact on the American Samoa islands is immense and has played varying roles throughout time. You could say it's a "love-hate" relationship. Humans often use the earth as it suits them and when they realize that it may eventually not be able to meet their needs, they become conscientious. We need to always be conscientious. Not just when our fossil fuels are about to run out or when the earth gets a few degrees too warm for our liking.

The economy of American Samoa is based off of their immense fishing industry as well as some agriculture. Besides the obvious such as feeding off of the land and encroaching on the natural habitat of endemic species, humans are causing possible irreparable damage by over hunting species that are endangered.  The careless bleaching of coral and over-hunting of fruit bats are just a couple of examples. There are not many species endemic to the islands, many of the organisms you will find are a result of human introduction, animals such as dogs, pigs, and many rodents. This introduction made obvious alterations to the pr-existing ecosystem. The agriculture, commercialization, and industrialization that comes with modern civilizations has had various effects on these islands, some of which we are only just being made aware of. Pollution is a big one and remains an issue on a global level. Humans are also impacting the environment for the good, as exemplified by national parks such as this one and by implementing counteracting methods to undoing the damage we have done.

A specific, almost molecular example of the human impact on these lands is in the form of the nitrogen cycle, although many other factors play into it as well. The atmosphere starts off with set a reservoir of nitrogen. The five islands of American Samoa were established via volcanoes, the volcanic activity of which contributes to ammonium inputs, which are later converted to organic waste. Humans play a part in this by producing urea, a nitrogen containing molecule, as a waste product in urine. From these organic wastes, which are also produced by plants and other animals, deep sediment, and nitrogen fixing bacteria, nitrates are derived. Agriculture, automobiles, and the burning of fossil fuels all contribute a huge input to the nitrogen cycle as well.