The National Park of American Samoa
Below is a food web that illustrates the intricate balance of energy that exists within a small portion of the marine ecosystem in the park. Food webs start with an organism that does not eat any of the others in the web and ends with an organism that is not eaten by any organism within the web. It is less about the actual consumption of the prey and more about the passage of energy from one level of consumer to the next. The web starts off with a primary producer and a primary consumer, secondary consumer, tertiary consumer, and even quaternary consumer proceed. The amount of energy passed through every level decreases significantly, only about ten percent of the producers energy is passed to the primary consumer and only ten percent of that is passed on to the secondary consumer, and so forth. This also means that the toxicity of toxins increases as you go up the food chain. While phytoplankton is not the only primary producer in this ecosystem, algae is common as well, it is quite prevalent. Likewise, the oceanic whiteip shark is not the only animal at the top of the food web and even has predators itself. 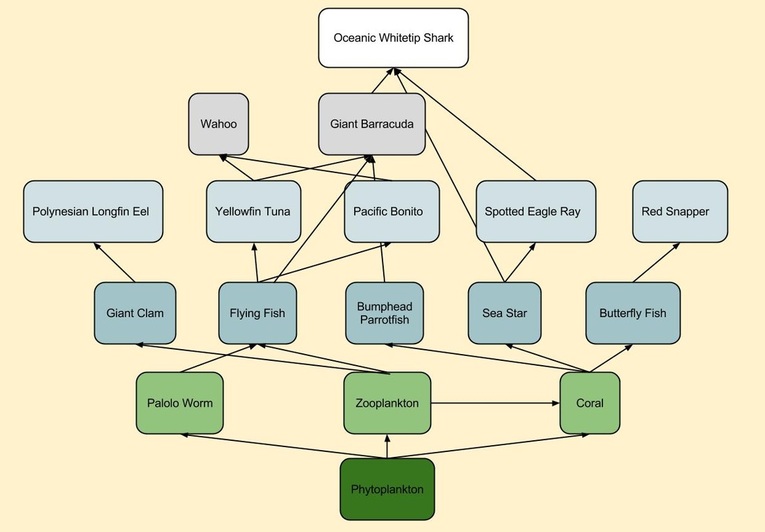