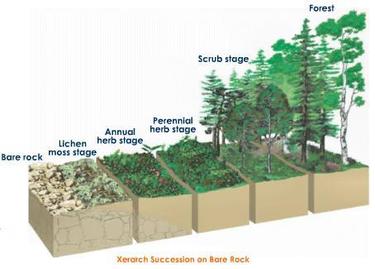 Primary Succession refers to the establishment of plant and animal life in an area previously lacking topsoil. This leads to the development of biotic communities in formerly uninhabitable conditions. Because American Samoa is a series of islands, the process of succession here is very unique. The islands were created by the formation of volcanoes. From there, lichens, a common vehicle in initiating succession, established themselves and began to break down the volcanic rock to humus particles. These bleak conditions were enough to maintain only mosses, ferns, and similar small plant life. Despite this, these plants began to flourish and soon gave way to larger, more substantial plant life as the soil became richer. Because of the tropical rainforest climate, such plant life includes the Mago (mango) tree, the Niu (coconut) tree, and the Pulu (rubber) tree.

INTERESTING FACT: The total land mass of all the islands is about 77 square miles, only slightly larger than Washington, D.C. 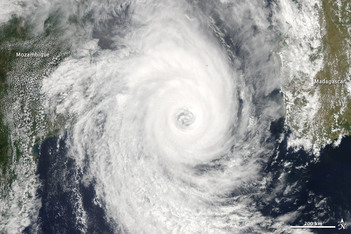 Secondary Succession refers to the destruction or disruption of pre-existing soil that has already undergone primary succession. Such a disturbance causes a reduction in population of the initial inhabitants of the soil. An example of this in American Samoa is the frequent occurrence of hurricanes, referred to as cyclones in the Pacific. Cyclones have a devastating effect on the marine life as well as land ecosystems. They are a serious threat to coral and many of the already endangered animals of the rainforests. A full recovery from such a storm can take more than twenty years. Unfortunately, cyclones are common and flora and fauna are almost always in stages of recovery. In fact, it is one of the main problems facing coral, which in turn affects the rest of the marine ecosystem. It is a constant cycle of healing in these islands, therefore, secondary succession is a continuous process.